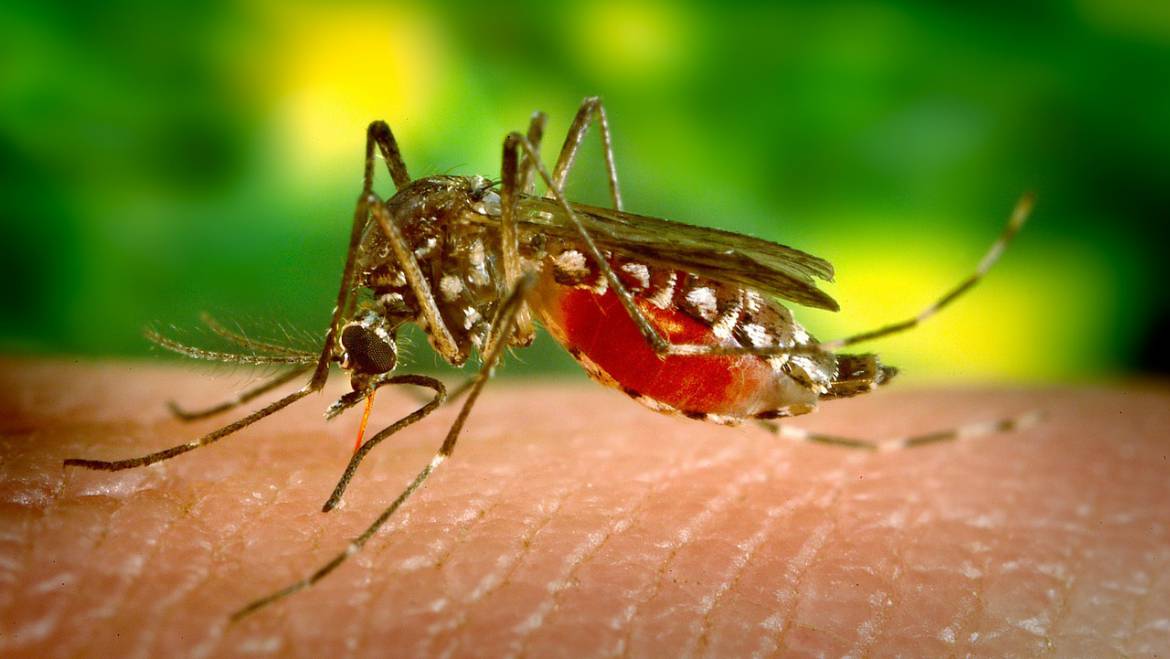 Mosquitoes are not only annoying, but they carry serious health risks. They reproduce quickly, and in many types of environments. Brock Pest Control can control your mosquitoes to make sure your family stays healthy and gets to enjoy the outdoors comfortably. At Brock Lawn and Pest Control, we have a specialized mosquito program that dramatically reduces the presence of mosquitoes at your home. We treat the grounds, flower beds, gutters, and standing water. Let us make your backyard enjoyable again our with our mosquito pest control program.

Because of their ubiquitousness, there are many misconceptions about mosquitoes some of the more common ones include:

Mosquitoes belong to the insect order Diptera, family Culicidae. The Diptera includes true flies, gnats, horseflies, blackflies, midges, crane flies, and others. Approximately 167 species of mosquitoes belonging to 13 genera are found in the United States; of these, 80 species occur in Florida. It is estimated that there are more than 2500 species of mosquitoes worldwide. Mosquitoes can be identified by noting that as all true flies they only have one pair of functional wings (most insects have two), and that they have a long, piercing proboscis, and scales on the veins of their wings. Mosquitoes have a complex life cycle which includes the egg stage, several larval stages (or instars), a pupal stage, and an adult stage. All of the immature stages are aquatic, and adult females return to water to lay their eggs. The name mosquito comes from the Spanish “musketas,” meaning “little fly”. The native Hispanic-Americans called them “zancudos”, a term that is still used in parts of South and Central America; it means “long-legged”.

As mentioned above, mosquitoes suck blood to obtain proteins and other nutrients necessary for egg development, so only female mosquitoes “bite”. Actually, mosquitoes do not really bite; “sting” is probably a better term. Once it locates a host, the female will probe the skin for a blood capillary then insert its very thin and sharp proboscis through the skin into the blood vessel and begin sucking blood. In the process, the mosquito will inject a small amount of saliva, which functions both as a lubricant for proboscis insertion and as an anticoagulant (prevents blood clotting). It is the proteins in the saliva that evoke an immune response and cause the swelling and itching. When a mosquito bites someone, it does not inject its own blood or the blood of an animal or person it has bitten before into the next person it bites. Salivary fluid injection and blood uptake occur through separate passageways. Diseases are transmitted only if the disease organism reproduces in the mosquito, or at least survives long enough to infect the salivary glands. Mosquito bites are best treated by washing with a mild soap solution and applying over the counter calamine or cortisone containing lotions. Scratching the area should be avoided. A few people may be severely allergic to mosquito bites and should seek medical attention if dizziness or nausea occur.

Mosquitoes are some of the most versatile organisms on earth. They can reproduce in virtually any natural or man-made deposit of water, and have been found in mines deep below the surface, in mountain peaks, in highly polluted water bodies, in snow pools, and even in crab holes. They occur throughout the globe and can survive in most of earth’s climates.

Although mosquitoes are annoying and some are serious health threats, they play an important role in natural communities, particularly as filter feeders in aquatic communities, and as a food source in both aquatic and terrestrial food chains.

Depending upon the particular species, the female mosquito lays her eggs either individually or in groups called rafts. Any water-holding area, such as tree holes, ponds, puddles, ditches and artificial containers such as discarded tires and flower pots can serve as a mosquito breeding site. Some mosquitoes (floodwater mosquitoes) lay their eggs in moist substrates without standing water. These eggs are usually resistant to dessication (drying) and hatch when flooded by rainfall, tides, or water diversion to the area. Other species (pool breeders, standing water mosquitoes) lay their eggs only upon standing water and the eggs are not usually resistant to drying. The eggs are placed directly upon the surface of the water or along the edges pools or reservoirs. In either case, water must remain on the surface long enough for the mosquitoes to hatch and complete development.

After hatching from the egg, the mosquito larva undergoes a series of growth stages with continuous feeding that eventually will transform the insect from a swimming aquatic form to a flying terrestrial one. Because the larvae are covered in a hard protective skin called the cuticle, they must undergo a series of molts in order to grow. Essentially, the larvae are enclosed in a hard inflexible envelope that is absolutely essential for larval survival, so it can’t just be discarded. In order to grow, mosquito larvae grow a new exoskeleton under the old one. This new exoskeleton is soft and flexible at first, thus allowing the larvae to grow. When ready to molt, the larvae then shed the old exoskeleton and the new one hardens when exposed, to protect the larvae’s internal organs. Mosquito larvae, also known as “wrigglers” undergo four such molts. The stages between molts are called instars and are numbered from I to IV.

After the fourth instar, the development of the future mosquito adult is about to start. The process involves the breakdown of the larval organs and their replacement with the adult ones. During this process, the mosquito takes a new shape; the pupa. The pupa can be considered to be a sealed envelope, where the adult organs are developed from larval tissues. The pupa does not feed or eliminate waste products. Its only contact with the outside is through breathing tubes located on the thorax. After 3 or 4 days, the adult mosquito emerges from the pupa, and after a period of rest, unfold its wings and flies away.

The male mosquito will usually emerge first, and will linger near the breeding site, waiting for the females. On average, a female mosquito will live 3-6 weeks, but can live up to 5 months. The male’s life span is much shorter. Both adult male and female will feed on nectar and plant fluids, but it is only the female that will seek a blood meal, which most species need in order to develop their eggs. Female mosquitoes lay multiple batches of eggs and most species require a blood meal for every batch they lay. Females of some species can develop a limited number of egg batches (usually 1) without taking a blood meal, a quality known as “autogeny”. In tropical regions, adult mosquitoes are active throughout the year, but in other areas they become inactive when the temperature drops below 60°F and usually enter hibernation when the seasonal cool temperatures arrive. A few mosquito species hibernate as larvae, usually buried in moist swamp muds, but most overwinter either as eggs laid by the last generation, or as adult, mated females that spend the winter in protected locations such as hollow trees, animal burrows, attics, etc.